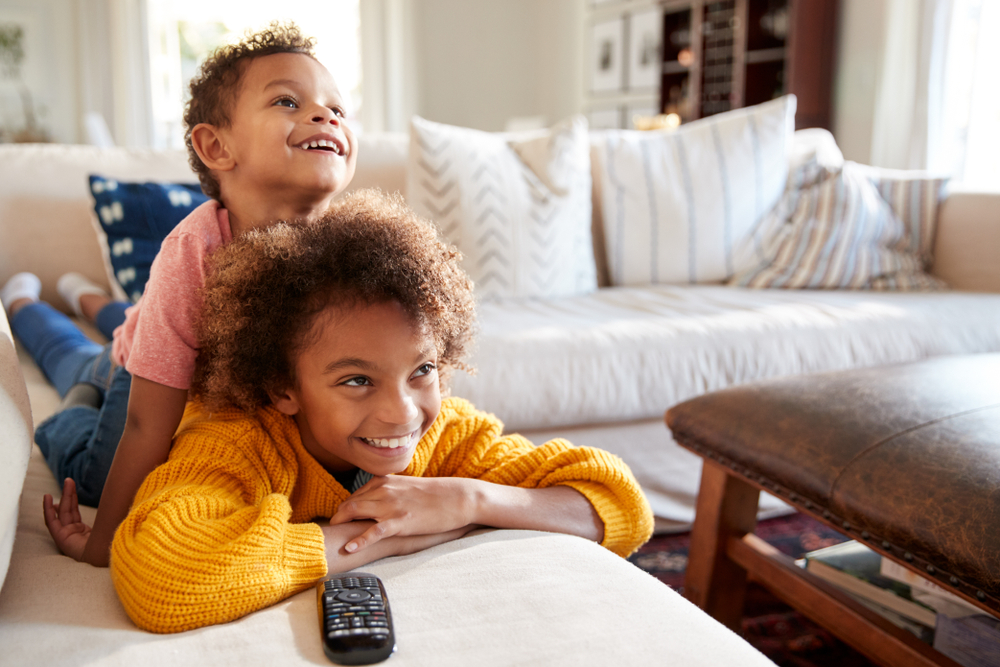 *Links in this article may be affiliate links, from which we may earn commission. See our Privacy Policy for full details.

If you’re a parent who’s raising young children, you probably understand how much of an impact media has on their development. It’s useful to know what music, books, and TV shows have the most age-appropriate, educational messages for growing minds. When it comes to TV shows, you might be nervous to expose your children to something that isn’t good for them.

You might also be struggling to find a kids TV show that you can personally enjoy as well. Because let’s face it – a kids TV show is as much for the adults as it is for the children! To help you pick the most entertaining, age-appropriate, and educational options, we’ve compiled this list of the best TV shows for young children and babies. Try them out and see which ones you and your kids enjoy the most!

Deepa & Anoop is a one-season kids TV show on Netflix that’s perfect for babies and young children. This show follows the simple, merry adventures of Deepa and her color-changing pet elephant Anoop.

Along with being a cute, fun show, it brings a touch of Indian culture to American television, exposing young kids to new ways of thinking and understanding different cultures.

Do you have a baby or toddler in the home? Consider playing the cartoon Daniel Tiger’s Neighborhood. This PBS Kids show has 5 seasons, and can also be streamed on YouTube TV with a premium subscription. Daniel Tiger is a fun, musical, colorful series made for preschool children.

It follows Daniel Tiger, and his adventures, challenges, and discoveries in the Neighborhood of Make-Believe. Your toddlers will be singing along to the catchy tunes in no time!

The Netflix series Word Party is an animated cartoon series that babies and toddlers will learn so much from. The show highlights a group of baby animal friends that teach preschoolers vocabulary words through catchy music, visual stories, and imaginative games.

Kids under 5 will be hooked – so stream it for them on Netflix when you need a little break.

It’s one of the best TV shows for young children and babies, and you can stream all 5 seasons on Disney+.

Are your children drawn to fairytale stories of magic, myth, and adventure? The animated Dragon Tales series might be just the thing. This TV-Y series for preschoolers and up will love to watch Max and his sister Margarita as they enter through a picture book into the mystical Dragon Land.

Here, they make friends with friendly dragons, and together they will learn to overcome their fears.

Read next: 28 Calming Activities for Kids

Want to dive deep into the ocean with a fun group of characters? Consider showing your kids The Octonauts on Netflix. This cartoon series made primarily for children aged 2 to 8 follows a team of animals who serve as underwater explorers.

Launching from their Octopod base on the ocean floor, this cute team of animals heads out on fun adventures throughout the sea.

Puffin Rock, a cartoon Netflix series made for kids of all ages, is set on Puffin Island in Ireland.

The show follows a young puffin named Oona and her family. Your babies, toddlers, or children get to watch Oona and her baby brother Baba as they explore Puffin Island, learning about friendship, what it means to be family, and their connection to nature. It’s just a plus getting to enjoy the Irish accents!

My Little Pony has taken the world by storm, and the craze doesn’t seem to be dying out anytime soon. My Little Pony: Friendship is Magic is an animated series on Netflix that kids ages 5 and up will adore, boys and girls alike.

The show features the unicorn Twilight Sparkle and her colorful unicorn friends. Watch as they go on adventures and learn about true friendship.

Thomas & Friends is a famous British animated TV show made for babies, toddlers, and young children. This series, which launched in 1984, follows Thomas the tank engine, a little blue train who goes on global adventures and makes friends with other trains.

It’s a fun, heartwarming cartoon that preschoolers will have their eyes glued to. Choo-choo!

Introducing the world’s cutest monkey! Curious George is an animated TV series based on the classic children’s book with the same name. The series follows the cooky experiences and mischief of George the monkey and his human friend in the big yellow hat.

This show, made for babies up to 10-year-olds, can be streamed on Hulu.

Sesame Street is an age-old classic, which is why it deserves a spot on every best TV shows for kids list! With over 52 seasons aired since 1969, the watching potential is limitless.

Sesame Street is enjoyable for children 2 years and up, as it teaches critical thinking basics, an educational foundation, and laughter and music to boot. Sesame Street airs on PBS, and can also be streamed on Hulu.

This show, targeted towards children 5 and up, is jam-packed with science education for kids, so buckle in for a wild ride.

There aren’t many child-friendly households who haven’t heard the name PAW Patrol.

This 9-season cartoon show is most enjoyable for children aged 5 and up, but even toddlers can watch this show without constant parental presence. PAW Patrol follows a crew of puppies who serve as rescue dogs.

This motley group of pup friends go on action-packed missions to rescue citizens of their town.

Want to start educating your kids on healthy habits at a young age? Doc McStuffins, an adorable, educational series streaming on Hulu, is one of the best TV shows for young children and babies.

Doc McStuffins is an animated girl doctor who meets with real-life kids, families, and other doctors to talk about health. This show totally makes health education more fun for kids of all ages!

The Junior Baking Show is a baking competition show on Netflix in which Britain’s best young bakers ages 8-13 compete in a series of bake-offs for the title of top baker.

Watch kids bake delicious treats like pastries, cakes, and cookies in a friendly but intense competition. Kids 7 and up will especially enjoy this baking show. 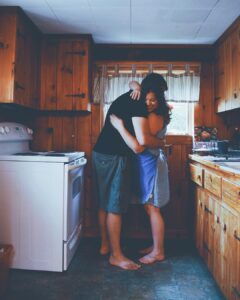 Welcome to An Everlasting Love. My name’s Amy and here we’ll discover together the mess and beauty of love, marriage, faith, and family.